Set in Sisli , this property offers an ideal place of rest and relaxation. $hotel. getTypeHotel() was built in 2017. The property consists of 35 rooms. The property consists of 5 single rooms, 16 double rooms, 2 junior suites, 3 triple rooms and 4 family rooms. The front desk offers 24-hour reception. Guests can avail themselves of the key collection service. Guests can take advantage of room service to enjoy breakfast in bed. Guests will appreciate the convenience of the onsite car hire service. Security is provided 24 hours a day. There is a bellboy service..
View details 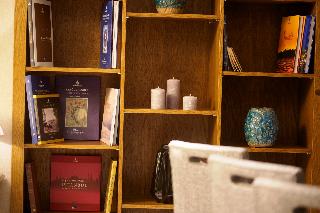 This hotel enjoys a wonderful setting in an old Roman quarter of Urgup. The hotel is situated close to a number of attractions in the area, and boasts spectacular views over Cappadocia. The hotel is situated close to a number of shopping, dining and entertainment venues. This unique hotel occupies a former cave house, and has beautifully retained elements of its rustic elegance, combined with modern style and charm. The guest rooms are superbly designed, oozing character and charm. Guests can sit back and relax on the hotel's terraces, while revelling in the beauty of the surroundings. All guests are sure to be impressed by the comfort that this hotel has to offer.
View details

Here is a must take list that you should carry while traveling:

We are a Travel Boutique house which specializes in the personalized travel experiences . We have travelled the length and breadth of these regions repeatedly, just to ensure that our clients are visiting the right places at the right time on the right days, eating hygienic & tasty food, staying at the best properties which are cheap and fantastic as well. We have every answer to your query pertaining to the destinations.

If you Cancel your Holiday